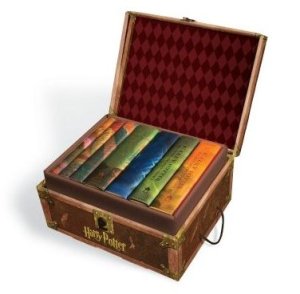 Today I listened to a 96-minute lecture Barrs delivered on the series of books and its author, J. K. Rowling (see here). I’ve looked all over for a date for when this lecture was delivered/recorded but without luck. In the talk he references only the first four books in the series. Book 5 (Harry Potter and the Order of the Phoenix) was released in June 2003, so this lecture must have been recorded before that.

After the lecture, Barrs opened the floor to Q&A, where at one point he said this:

I don’t know where J. K. Rowling stands in terms of Christianity. It will be very interesting to see as the books come out. There is one book by a Christian that argues that Rowling is a Christian because he is so moved by self-sacrifice at the center of this, he feels that she must be [a Christian] to say this so strongly and passionately. I don’t think that’s necessarily so, but it will be very interesting to see. He proposes that by the time she gets to the final novel, there will be an explicit reference to Christianity. Whether that’s true or not, I have no idea — I rather doubt it. [56:57–57:42]

I appreciate his reservation — even doubt — over whether the Christian faith was going to make an explicit appearance in the final book.

So, now the Harry Potter series is complete, what does he think?

Here’s what Dr. Barrs said in July of this year: