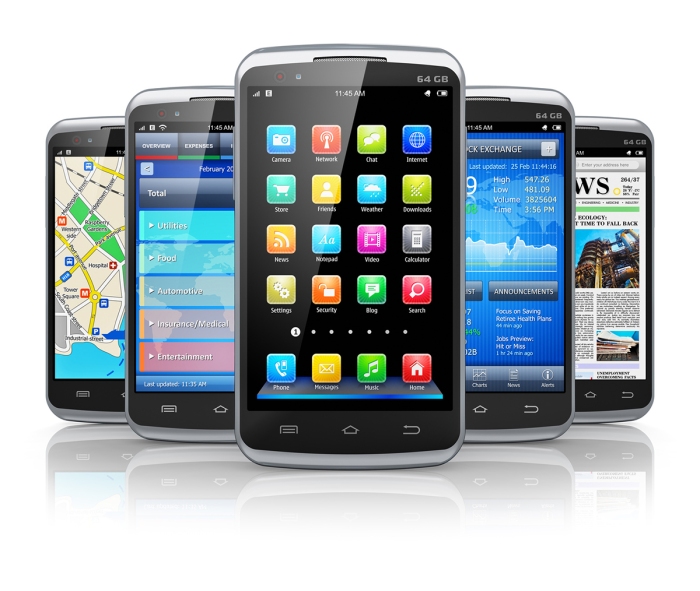 I wrote 12 Ways Your Phone Is Changing You after two years of research and nearly 30 interviews with experts. In the process I landed a 9,000-word interview with Alastair Roberts (here), and several individual responses from John Piper, like his six wrong reasons we check our phones in the morning (here).

In the process I was honored to get a few minutes to interview my favorite academic ethicist, British theologian Oliver O’Donovan (72). I first ‘met’ O’Donovan in Resurrection and Moral Order (1986), and then read along as he unveiled his Ethics as Theology trilogy:

Until now only bits of the interview have appeared, and only in my book. Here’s the full interview.

Dr. O’Donovan, thanks for your time. I want to ask you about digital technology. My first question sets the broader stage and it’s about embodied, face-to-face fellowship among Christians, which is superior to disembodied communication, whether via epistle or text. Paul and John knew this (see Rom. 15:32; 2 Tim. 1:4; 2 John 12). I think we all understand the value of vocal tone, hand gestures, warmth of voice, etc. in aiding communication and helping us to interpret meaning. But beyond these, what is distinct about face-to-face fellowship that proves itself to be irreplaceable for Christians when determining the joy of our fellowship?

Text is a communication that embodies and overcomes distance. Writing enables us to speak and hear across oceans and across generations; through textual exchanges (like this one) we may pose questions and offer answers between remote places and with sufficient intervening time for thought. God has hallowed the use of written books for his self-revelation in history, and in the Apocalypse all history is presented to us as a scroll in the hand of the Lamb of God. We cannot, and should not try to, live without texts.

Yet there is something higher even than the sacred text, which is God’s direct presence. His final purpose is represented to us as a city, to which men and women gather and in the midst of which he is personally present. We anticipate this when we gather in worship week by week, standing next to one another, listening to, and singing and saying, the same things together, looking together for God’s blessing on the whole human race. Reading Scripture is part of that experience, but it cannot be the whole of it. In private communication, too, we discover something of one another that written words cannot convey. That should not lead us to romanticise our very fragmentary and imperfect face-to-face encounters, but we should remember that in all their imperfections they carry a hint of something ultimate.

Imperfect presences and distanced textual communications each have their essential disciplines. The problem with electronic communications is that they appear to give us the best of both worlds, immediacy on the one hand, distance on the other, so that we think we can dispense with the disciplines. They actually need to be even stronger. Faced with a sudden email and anxious to send it spinning back to its originator, we write things we do not think out carefully — and so lose the benefits of writing. And we say things that we might be able to communicate successfully if we had voice, face and hand to accompany them, but which cannot be communicated in text — so we lose the benefits of immediate communication. Gigantic rows are caused by such hasty communications which are neither well enough composed as writing, nor well enough interpreted through personal signals of good humour and good will.

So two rules for the electronic era: (i) Polish even harder the skills and disciplines of writing, especially when what we intend what we write to be read by more than one recipient. (ii) Don’t rely on the rhetoric of personal communication (“Hi, Oliver!” as my electricity provider cheerfully addresses me) without investing in the reality of personal presence. And, of course, cherish corporate worship, that most counter-cultural of practices for which no virtual substitute can be found.

It seems we receive content in three distinct ways. God has spoken in his word (special revelation), and he has spoken in his creation (general revelation). On top of this we are fed a constant stream of the produced, content either mass produced by corporations or on smaller scale by artists, or now via social media by our individual followers, friends, and family. Christians need to prioritize Scripture and nature, but we are so often drawn to feed on the produced media that comes to us in various forms that seems so “relevant” in the moment. What are the spiritual consequences of over investing time in the produced?

We need not be alarmed about cultural mediations of reality. It is built into our social existence as humans that we learn both of the world and of God through one another. Cultural mediations range at one end from conversations (which Augustine thought should always follow sermons) to high art — the mighty theological reflections of a Michelangelo or a Bach.

Our concern over them should be twofold: (i) whether they are well-made, or whether they are shoddy, mass-produced stuff with a shallow understanding; (ii) whether we are capable of judging them before the bar of Holy Scripture read. These two concerns, taken one step further back, converge on a single concern: how do we measure our communications before the reality that is shown us by God through his word and directly through the world around us? That is what makes study and reflection essentially necessary to us. There are many disciplines of study, but they must aim at the same goal, namely, a “critical” purchase, which is to say, a “discerning” purchase on what is offered us as knowledge in the public realm To be “critical” of statistics, of news media, of scientific claims, of prophecies — not merely by being hyper-reactive and taking the opposite tack regardless, but seriously asking where they come from, what they may show us and what they are unlikely to show us. That used to be the goal of all education. Christians understand it as a discipline of “testing the spirits, to see whether they are of God.”

Huxley and Postman presumed we would lose our capacity for serious reading, not by the banning of books, but by a deluge of information. Others have said it’s not so much the deluge of information that should concern Christians, but the hyperpalatability of that information (it is increasingly shocking or brief or immediately stimulating, but of little eternal value). In your opinion, for the digital age, what is the greatest danger for serious Christian literacy?

My impression is that the damage to literacy is something of a fait accompli, for which the electronic media are usually blamed. There are other factors at work, too. Literacy was not in wonderful health before the 1990’s, and as for the collapsing standards of literacy in the church, it has more to do with the unwillingness of the faithful, or their leaders, to invest money in theological education than with anything else. We are, however, as you rightly suggest, a generation that believes, as no previous generation believes, in “information.” What is information? It is not “facts.” Though we throw that word around pretty freely, when politicians insist on “evidence-based policies,” they don’t mean anything that the philosophers or historians would recognise as facts. They mean figures — columns of statistics that can be projected into a shapely graph. Our generation counts things, without caring very much what it counts or even whether what it counts is connumerable.

What literacy used to mean was a capacity to interrogate an appearance, including the appearance of numbers. What do they mean? What is the lived experience behind them? In an attempt to get back to that we are often offered a rather salacious and sensational view of “lived experience” to go with figures: first the startling statistics on the growth of obesity, then the anguish of Elspeth, who has grown obese. These two taken together do not constitute the lived reality. They are merely the hooks by which a vast and various reality may catch our attention.

And perhaps the greatest threat we face is that of living with short attention-span, caught now by one little explosion of surprise, now by another. Knowledge is never actually given to us in that form. It has to be searched for and pursued, as the marvellous poems on Wisdom at the beginning of Proverbs tell us.

I know you’re not personally immersed in social media and the smartphone. But from your vantage point, as a respected ethicist, should Christians feel uneasy about the rise of digital communications technology? It seems that for most of us, email is a given. Smartphones are a given. But there’s a tendency for us to allow the potential of new technology to override the true usefulness of technology in our lives. What diagnostic questions would you raise to young Christians who are immersed in the world of smartphones and tablets and online mobile communications?

Feeling uneasy is not a sufficient response. All that can be received from God with thanksgiving, should be received with thanksgiving. My generation was fifty, and very busy, when the first personal computers hit, and so we have probably never overcome our ambivalence at the sheer disruption and disturbance they caused as we had to re-learn all our developed skills — and then learn them again, when the first wave of software gave way to the second. I have learned to type in Greek five or six times now, and every time I open the programme, I am afraid of remembering only what one had to do two programmes back! I can still thank God for some things these innovations have given me, and I would wish my grandchildren to be able to thank God for more. But how to learn to thank God? It is a real and difficult question, and not just a matter of being upbeat and believing in progress.

One cannot thank God for anything that one cannot understand. To take some facility for granted is not to be thankful for it. It is simply to take it for granted. Electronic communications are a question — for the younger generation more than for mine. It is they who have really to learn to understand the powers and threats that they embody, partly through trial and error, but also, and very importantly, through remembering what was of greatest importance before the communications revolution kicked in.

Nobody has ever had to learn this before. Nobody can teach the rising generation how to learn it. It is a massive challenge to conscientious intelligence, handed uniquely to them. The danger they face, of course, is that the tools set the agenda. A tool of communication is a tool for communicating something. Media don’t just lie around passively, waiting for us to come along and find them useful for some project we have in mind. They tell us what to do, and, more significantly, what to want to do. There is a current in the stream and if we don’t know how to swim, we shall be carried by it. I see someone doing something and I want to do it too, and forget whatever it was that I thought I wanted to do.

This generation has the unique task assigned it of discerning what the new media are really good for, and that means, also, what they are not good for. If they fluff it, generations after them will pay the price.