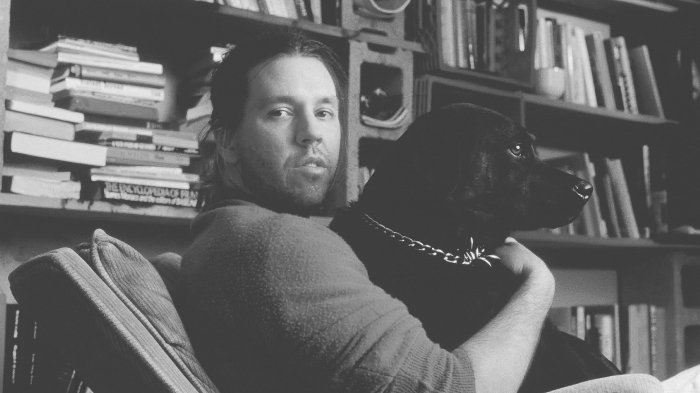 David Foster Wallace died ten years ago today. He once joked that his midlife crisis at twenty didn’t bode well for his longevity, and he was right. He ended his life at forty-six. It was enough years to become a celebrated avant-garde novelist and postmodern experimentalist and to fill a 1,000-page reader. He seemed to compress life into fewer years.

A youth jock turned collegiate nerd, he took to math and philosophy, but could teach himself nearly anything. He taught others to read and write. He loved language, like his mom, who once reflected that “David seldom met a word he didn’t enjoy playing with, making it jump through flaming hoops and perform feats of derring-do.”

He had the presence of a soft-spoken, unshaven friend you’d binge a season of The X-Files with, at your place of course (his televisual addiction forced him to ban the TV from his own house). Surprisingly well, he seemed to balance the roles of jock and prof. With the makings of a cult hero, he was beloved by pop audiences who voiced their praise by spawning sales numbers in the millions, as he was simultaneously celebrated by lit critics who spoke sonorous laudations into public radio mics. He was a man of divergence.

I speak as if I knew him, but I didn’t. I never met him. He was gone before I ever read his mammoth novel Infinite Jest. Gone before I listened to hours of his audio and video interviews. Gone before I belly-laughed through his essay about traveling aboard a Caribbean luxury cruise liner for the first and last time. Gone before I came to appreciate his self-conscious awareness of a soul living in an age of American culture roughly similar to my own experience.

Robert Penn Warren once said, “Any act of pure perception is a feat, and if you don’t believe it, try it sometime.” DFW tried it, he fell in love with it, and the perception he offered in both fiction and non-fiction was nothing sort of sublime. He lived with a sense of pure awareness of the visible world around himself. It was the gift he wielded and the curse he bore. He could see past facade into the hollow world of society and past self-protective Kevlar into the fleshy world of his heart with similar clarity. He was perceptive of addiction and depression, seeing brokenness with the kind of clarity and transparency that eventually becomes a crushing curse in the absence of a savior.

Wallace was one of the most sensitive souls of a generation raised on pop-TV, a man who could step back from his pure addiction to the screen to explain the corrosiveness of the habit on the soul. He came to see that a diet of sarcasm was a diet of poison, and that a whole generation raised on Letterman and the Simpsons and SNL (“that Athens of irreverent cynicism”) were toxified until everything in life was rendered down to the butt of an insider joke. In cynical culture, the beauty of nature disappears like a green screen.

Wallace could feel the sandpaper of sarcasm rubbing on his nerve endings, as he would say sometimes, a man with a super-sensitivity to pop media. Or perhaps, as I would prefer to say it, he felt the rub of mass commercial entertainment on the nerve endings of his soul. He warned us about TV’s “sheer ability to deliver pleasure in large doses.” And he called it a problem, a spiritual problem.

David Foster Wallace articulated, perhaps better than any Christian author or preacher, the challenges of life in the digital age. DFW is the Neil Postman for my generation, even if most Christians have never heard of him.

So when a publisher approached me to write a full-length book appreciation of Wallace, I knew that such a work would be incredibly fun (but I also knew that no one would read it). But DFW does inspire me to labor hard at perception in articulating the challenges of the media age he predicted long ago. In recent years, as my attention has turned to mass media and digital technology, Wallace feels like a cobelligerent in aims — not in the ultimate end (I don’t believe) of delighting the soul in God, but in the place of cobelligerents against the influence of excessive media on the soul.

In a real sense, the life and words of David Foster Wallace provided the genesis that later became my new book — Competing Spectacles (April 2019), about how the Christian soul best navigates the age of pervasive digital media. The spectacles of this age are so good, so thrilling, so captivating, that they threaten to take our eyes off eternal realities. By glutting our eyes, we starve our souls.

The new cover ties into my previous book, 12 Ways Your Phone Is Changing You. 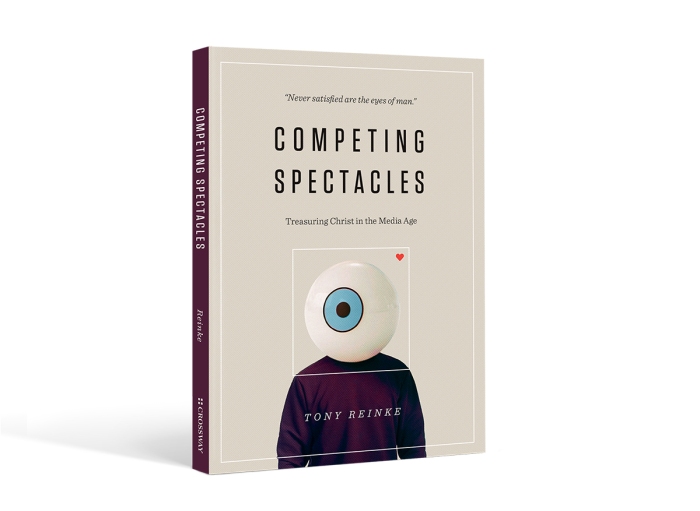 Wallace would snark. He’d call the cover “Kafka-esque” maybe, some realized nightmarish dream of eye-totalizing in an age of visual addictions, a life banned from sleep and blinking only to fill itself on the visual without end. I’d probably say his snarky observation was a good precursor for the book. I would try to convince him to say something like it on the back cover.

But as the new book goes through final edits this week, it prompts me to stop and thank God for a man who, no matter where he was as in his relationship with Christ (and his eternal state remains a mystery to me), was acutely and articulately sensitive to our media bombardment and its influence on the soul.

If DFW were alive today, I would write him a personal note to thank him myself — for what his writings and perceptions have meant for me, a man looking to others who have better articulated the weight of the media age on the undisciplined will. In many ways Wallace leads the way, not to the conclusion, but to a path out of the depths of the problems with a clear map of the costs and consequences of a world in which only a Savior could prove sufficiently redemptive.

On days like the ten-year anniversary of his passing, I am reminded of the great debt I owe to a man of my generation I never met but for whom I feel led again to say out loud: Thank you, David Foster Wallace.