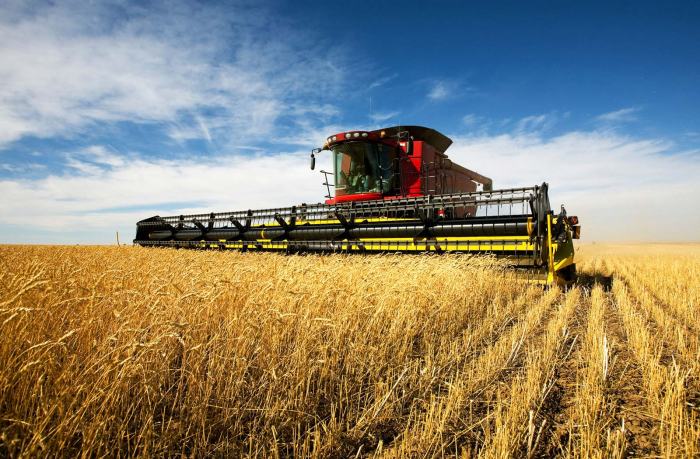 Give ear, and hear my voice;
give attention, and hear my speech.
Does he who plows for sowing plow continually?
Does he continually open and harrow his ground?
When he has leveled its surface,
does he not scatter dill, sow cumin,
and put in wheat in rows
and barley in its proper place,
and emmer as the border?
For he is rightly instructed;
his God teaches him.

Dill is not threshed with a threshing sledge,
nor is a cart wheel rolled over cumin,
but dill is beaten out with a stick,
and cumin with a rod.
Does one crush grain for bread?
No, he does not thresh it forever;
when he drives his cart wheel over it
with his horses, he does not crush it.
This also comes from the LORD of hosts;
he is wonderful in counsel
and excellent in wisdom.

The long process of human science, engineering, and technological advance in agriculture is simply mankind being given the intellectual powers to read and take its lead from the possibilities inherent in the created order. This is akin to learning tech from the Creator himself.

Thomas Edison holds 1,093 patents and invented the incandescent light bulb, the phonograph, the alkaline battery, the X-ray fluoroscope, among many other things. He was a freethinker. More agnostic than believer. But he did believe in nature, and once admitted:

I’ve got no imagination. I never dream. My so-called inventions already existed in the environment — I took them out. I’ve created nothing. Nobody does. There’s no such thing as an idea being brain-born. Everything comes from the outside. The industrious one coaxes it from the environment.

So where do inventions originate if not in the inventor’s head?

As I’ve said previously, God makes lightning bolts (Psalm 135:7). And this act is the genesis of what we now call the digital age. The same is true of farming tech.

Without baptizing every use of technology as good, we can at least affirm that every technology must take its prompt from what is first made possible by the Creator in his created order.