I’ve been enjoying Akiko Busch’s new book: How to Disappear: Notes on Invisibility in a Time of Transparency. She makes the distinction between disappearing and hiding — the two are quite different, although easily confused in the digital age. Indeed, “it is time to question the false equivalency between not being seen and hiding. And time to reevaluate the merits of the inconspicuous life, to search out some antidote to continuous exposure, and to reconsider the value of going unseen, undetected, or overlooked in this new world” (10).

She’s not addressing the challenges as a Christian, but the book itself is beautiful, and it works as a fine conversation partner into my own thinking in contrasting personal virtue as performance art in the digital age and the virtues of charity, personal prayer, and fasting in their invisible forms (Matthew 6:1–18).

The desire to spiritually perform is even more challenging in the age of Instagram. In part this is because we live in an age in which exposure is increasingly equated with action, and where invisibility is more and more acquainted with passivity.

But something beyond mere performance is happening, as she explains.

Visibility has gone from being passive to active.

In Jennifer Egan’s 2001 novel, Look at Me, Charlotte, a model struggling to reconstruct her identity after her face has been grossly disfigured by a car accident, explains her choice of profession by saying, “Being observed felt like an action, the central action — the only one worth taking. Anything else I might attempt seemed passive, futile by comparison.”

I agree. Teaching recently, I assumed an afternoon visit to my classroom by a camera crew documenting campus life would be inhibiting to students. I was sure the two young men with video cameras would make the students feel self-conscious and that classroom discussion would become stilted and awkward.

To the contrary, the students were suddenly participating more actively, sitting up a bit straighter, choosing their words more carefully, and citing sources with greater precision. The intensity of their engagement improved under the eye of the camera, and the classroom conversation found new energy. It wasn’t so much about performing for the camera as coming alive before it, engaging and perhaps even conversing with it. Of course, I later thought, these kids were filmed as they emerged from the birth canal, took their first steps, uttered their first words, and stepped onto that first school bus. Of course they find the camera not only a congenial presence but also an affirming one. (8–9)

The Church’s challenge will be to reclaim and recapture the beauty — the activity — of the invisible life in the age of “continuous exposure.” 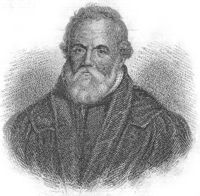 …Bradford had his daily exercises and practices of repentance. His manner was, to make to himself a catalogue of all the grossest and most enorme sins, which in his life of ignorance he had committed; and to lay the same before his eyes when he went to private prayer, that by the sight and remembrance of them he might be stirred up to offer to God the sacrifice of a contrite heart, seek assurance of salvation in Christ by faith, thank God for his calling from the ways of wickedness, and pray for increase of grace to be conducted in holy life acceptable and pleasing to God.

Such a continual exercise of conscience he had in private prayer, that he did not count himself to have prayed to his contentation, unless in it he had felt inwardly some smiting of heart for sin, and some healing of that wound by faith, feeling the saving health of Christ, with some change of mind into the detestation of sin, and love of obeying the good will of God. Which things do require that inward entering into the secret parlour of our hearts of which Christ speaketh; and is that smiting of the breast which is noted in the publican …

Let those secure men mark this well, which pray without touch of breast, as the Pharisee did; and so that they have said an ordinary prayer, or heard a common course of prayer, they think they have prayed well, and, as the term is, they have served God well; though they never feel sting for sin, taste of groaning, or broken heart, nor of the sweet saving health of Christ, thereby to be moved to offer the sacrifice of thanksgiving, nor change or renewing of mind: but as they came secure in sin and senseless, so they do depart without any change or affecting of the heart; which is even the cradle in which Satan rocketh the sins of this age asleep, who think they do serve God in these cursory prayers made only of custom, when their heart is as far from God as was the heart of the Pharisee.