Today our friends at Crossway released a wonderful little documentary: “J. I. Packer: In His Own Words.” The video release is coordinated with the release of Leland Ryken’s new biography, J. I. Packer: An Evangelical Life, one of the year’s most important books.

The documentary closes with Dr. Packer himself, in his home study, as he looks back on his life and ministry and looks forward on his legacy, in his own words.

When I look back on the productions that I have had a part in during the course of my life, The English Standard Version of the Bible, the ESV, stands out as perhaps the most valuable thing that I have ever been involved in. We didn’t have a translation that was literal in the sense that it labored all the time to be transparent to the word sequence and sentence structure of the original Hebrew and Greek so that it would get the reader as close to the original wording as any translation could.

We needed a translation that was viable for all ages and all levels of study.

We needed a translation that could be memorized relatively easily as the Bible has been memorized from other translations of the past.

We needed a Bible that would read well in the pulpit.

We needed a Bible that would be clear for the exposition from the pulpit that faithful pastors would give.

We needed a Bible that would be free from cultural bias of any sort.

And it seems to me that we who worked on the English Standard Version had considerable success by God’s mercy at all these parts. And I should continue to see this as the most important bit of service to the Church that I have been involved in in the whole of my working life.

Then he talked about his broader legacy.

I ask you to thank God with me for the way that he has led me and I wish, hope, pray that you will enjoy the same clear leading from him and the same help in doing the tasks that he sets you that I have enjoyed. And if your joy matches my joy as we continue in our Christian lives, well, you will be blessed indeed.

Amen! It’s impossible not to be filled with gratitude at God’s leading of Dr. Packer. 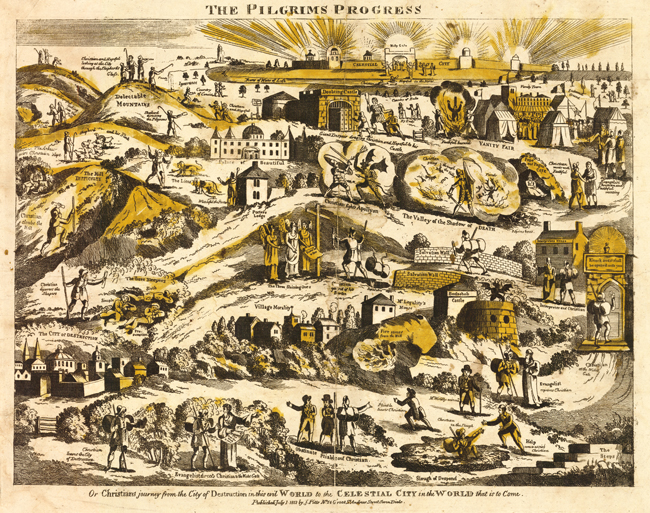 In an interview back in the summer of 2003, J.I. Packer praised Puritan literature, a massive and intimidating body of work. So where should an inquiring reader start? Here’s an excerpt from his answer, as published in Reformation and Revival 13/4 (2004), page 170:

Q: Where would you advise a person to go to begin to understand the Puritans?

JIP: There is indeed a lot of material, but the Puritans were a single school of thought and an extraordinarily homogeneous one. For years now I have been telling people that if they want to start exploring Puritan wisdom they must read Pilgrim’s Progress. (I am quite emphatic about this!) What you have in Pilgrim’s Progress is a kind of pictorial index to all the topics relating to the Christian life that the Puritans thought about, preached about, and wrote about. All the perplexities, all the temptations, all the forms of opposition, all the encouragements, all the ups and downs of Christian living, the trials in the form of depression and the trials in the form of overconfidence, and the ways that Satan arranges to test Christians who are overconfident are all there, these pictured in a beautifully vivid form.

Q: But people will say, “Pilgrim’s Progress is just a children’s book.”

JIP: They will say it, and they will be wrong.

Haha! Classic Packer. You can download and read PP free in a fresh edition edited by my colleague Jonathan Parnell, here. 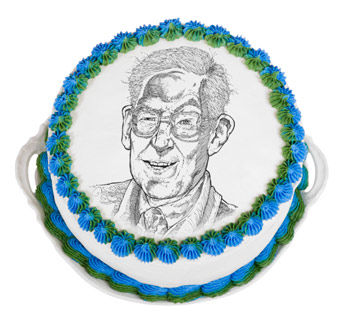 Entertainers Andy Griffith, Marilyn Monroe, and Miles Davis entered the world in May and June of 1926. A few weeks later, on July 22, a boy was delivered in England and given the name James Innell Packer. We know him today simply as J.I. Packer, and tomorrow marks his 85th birthday. This birthday — and the many birthdays before it — give us a good reason to pause to thank God for this man’s faithful theological influence and for his many years of fruitful writing.

It seems fitting that we celebrate his birthday and his legacy by giving away a few of his books, all made possible by our generous friends at Crossway Books.

I have four Packer books to give away and now I need four randomly selected winners to give them to. Those four winners will each choose one free book from this list of options:

Here’s how to enter:

Thanks for entering the contest!

Speaking of his books, here’s a brief video of Packer describing his early days as the Lord was confirming his writing gift.

The resurrection of Jesus:

From a seminary lecture by J.I. Packer to class of pastors:

You can define fellowship as toing and froing. That’s as good as definition as any. Fellowship is a two-way street not just a one-way street. [As pastors] we should look to those for whom we minister to give us what they have got. What that means will vary from one situation to another, but at the least one trusts it will be love and good will, which we should humbly receive.

If we are not thinking of fellowship as a two-way street then the chances are that, in our constant giving out, we shall become, in our mindset, conceited rather than humble, and self-sufficient rather than God-reliant, and maybe we will become Christian workaholics because we so love the feeling of giving out right, left, and center. Then we have burnout and breakdown, and we shall thoroughly deserve it. Are you with me? It’s the two-way street of fellowship that keeps us going. It’s the receiving of love and support from others as we seek to share with them. Maybe they have more than love and support to give us—maybe they have some wisdom to give us, too.