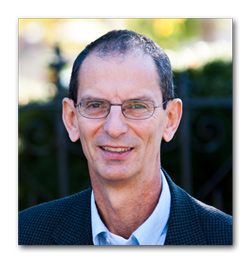 Tom Schreiner is Professor of New Testament Interpretation at Southern Baptist Theological Seminary and the author of a superb new commentary on Galatians. He also pastors at Clifton Baptist Church in Louisville, KY, where he preached a 21-sermon series through the book of Galatians in 2007.

I found the audio recordings from his sermon series, but they were scattered all around the Internets. Using three different sources I was able to assemble what I think is a complete series [although one message appears to have been recorded outside the local church context (track 9)]. I located the appropriate sermon titles, harmonized the ID3 tags, uploaded the mp3 files to a personal server, and now I offer them to you:

For the nourishment of my own soul I’ve recently been listening to Thomas Schreiner’s 2007 sermon series through Galatians. The series is very good (and his new commentary on Galatians is superb).

Not surprising, Schreiner sees in Galatians 3:1–3 a very important passage for properly understanding the Christian life.

O foolish Galatians! Who has bewitched you? It was before your eyes that Jesus Christ was publicly portrayed as crucified. Let me ask you only this: Did you receive the Spirit by works of the law or by hearing with faith? Are you so foolish? Having begun by the Spirit, are you now being perfected by the flesh?

Schreiner expounds its importance of this passage nicely in a 6-minute clip taken from his sermon “Faith From First to Last.” I commend this excerpt for your own meditation.

You can listen here:

The cross plays a bookends role in the letter [of Galatians], for just as Paul begins the letter by featuring the freedom won in the cross, so too he closes the letter by underlining the significance of the cross.

Paul’s only boast is in Christ’s cross, by which he is crucified to the world and the world is crucified to him (6:14). The cross and eschatology are inseparable. Just as the cross liberated believers from the present evil age (1:4), so too it crucifies attachment to this world (6:14). The opponents boasted in circumcising converts and took pleasure in external accomplishments because they lived to win the applause of others (6:12–13). They lived for comfort in order to avoid persecution.

The cross severs a love affair with the world and grants a person (by grace!) a desire to boast only in the cross. A new reality—a new age—has begun through the cross, and Paul summons the Galatians and all believers to find their joy only in the cross and to renounce any boasting in human accomplishments.

12 It is those who want to make a good showing in the flesh who would force you to be circumcised, and only in order that they may not be persecuted for the cross of Christ. 13 For even those who are circumcised do not themselves keep the law, but they desire to have you circumcised that they may boast in your flesh. 14 But far be it from me to boast nexcept in the cross of our Lord Jesus Christ, by which the world has been crucified to me, and I to the world. 15 For neither circumcision counts for anything, nor uncircumcision, but a new creation.

Since the world has been crucified to Paul (and by extension to all Christians), whether one is circumcised or not is utterly irrelevant. What is remarkable is that circumcision is assigned to the old world order, to the old creation rather than the new creation. The law is part of the old age, while the cross inaugurates the new age.

The centrality of the new creation functions as an envelope with the introduction to the letter, where the death of Christ delivers from the present evil age (1:4). The new creation has dawned, in other words, through the cross of Christ.

We see the same dynamic in 2 Cor 5:14-21. There Paul also features the new creation, and again it is tied inextricably to the cross of Christ. The new creation has been inaugurated in Christ and will be consummated at the eschaton, when the groaning that characterizes the old creation will pass away (Rom 8:18-22).

Remarkably, in the midst of a great conflict over circumcision, Paul does not elevate uncircumcision either. Those who find significance in uncircumcision belong to the old world order as well. There is no particular virtue in uncircumcision, which explains why Paul was willing to circumcise Timothy (Acts 16:3). If circumcision is practiced for cultural reasons and not to achieve salvation, observing it is up to one’s individual conscience.

Verse 15 parallels both 5:6 and 1 Cor 7:19. The faith that expresses itself in love (5:6) is now a reality because the new creation has dawned. The ability to keep God’s commands is a reality in the new creation (1 Cor 7:19). Eschatology, then, plays a vital role in Galatians, for the Judaizers were attached to the old age and failed to see that the new has come. Their error, however, was not merely eschatological; there were anthropological corollaries and causes, for those who are attached to the old age cling to it because they desire to establish their own righteousness instead of receiving the righteousness from God (cf. Rom 10:3).

This is one way that eschatology reframes the personal struggle with self-righteousess and legalism (but without in any way diminishing the priority of personal obedience).

If you find it difficult to release your grip on your own self-righteous before God, you’re not alone, it is a problem we all face as sinners. The solution is found in turning away from the old age and living in light of the new age that began in the death and resurrection of the Savior. The eschatology of the New Testament, here in Galatians, will serve us well in our struggle to release our grip on self-righteousness.

Too often we don’t equate the gospel and justification with the theme of eschatology. These themes can get separated in our minds, and each individual doctrine suffers for the disconnect, and our souls suffer from malnourishment. The fact is that these themes are inseparable—the death and resurrection of Christ mark the inbreaking of the eschatological age and the inauguration of the new creation.

Yesterday I read what may be the best summary of these interwoven themes in the back of Thomas Schreiner’s new commentary on Galatians (Zondervan, 2010), pages 394–395.

Notice how he draws the themes together:

Justification is an eschatological verdict that has been declared in advance of the last day. This is not to say that the verdict announced now only refers to a future reality. Believers are already justified, and yet at the same time they await the final declaration on the day of judgment when the verdict that God has already announced becomes public (5:5).

The resurrection is not a prominent theme in Galatians, and yet it appears in the first verse of the letter (1:1), signifying that the age to come has invaded the present age. The old evil cosmos has lost its hold over believers through the cross of Jesus Christ (6:14). Therefore, believers now belong to the new creation (6:15). The new creation has not been consummated (Isa 65:17; 66:22), but it has been inaugurated through the work of Jesus Christ. The gift of the Holy Spirit represents the arrival of the new creation (Isa 32:15; 44:3; Ezek 11:18–19; 36:26–27; Joel 2:28). The Spirit is a gift of the last days, and his presence and indwelling among the Galatians shows that the final days have begun.

Eschatological contrasts dominate Galatians, so that we have a contrast between the old age of the flesh and the new age of the Spirit. The flesh in Paul represents the old age and who human beings are in Adam, whereas the Spirit signifies the inbreaking of the age to come.

Second Corinthians 5:17 rightly summarizes Galatians: “If anyone is in Christ, he is a new creation. The old has gone; the new has come!”

A summary quote like this one that weaves together so many key themes in Galatians and throughout the Old and New Testaments is worth printing out and studying carefully and meditating over devotionally.

(And his commentary is  certainly worth the coin, in case you’re wondering.)