There is no creative power in doctrines, however true; and they will pass over dead souls, leaving them as inert as they found them: it is the Creator Spiritus [Holy Spirit] alone who is competent to quicken dead souls into life; and without Him there has never been, and never will be, one spark of life produced by all the doctrines in the world.

“It seems to me that the ‘extremist’ elements in every church are nearest one another and the liberal and ‘broad-minded’ people in each body could never be united at all. The world of dogmatic Christianity is a place in which thousands of people of quite different types keep on saying the same thing, and the world of ‘broad-mindedness’ and watered-down ‘religion’ is a world where a small number of people (all of the same type) say totally different things and change their minds every few minutes. We shall never get re-union from them.”

Recently I had the honor of reading Collin Hansen’s Young, Restless, and Reformed: A Journalist’s Journey With the New Calvinists (Crossway). Hansen is an editor at Christianity Today. From my perspective, the book reads like the reader is riding shotgun as Collin travels around the country in search of discovering the far reaches of the emerging Calvinism so obvious among large groups of young Christian men and women.

The book does not set out to answer the question: “Where’d all the Calvinists come from?” But it does document the rise in a fascinating and engaging way and looks closely at the major figures and movements and how they shape the theology of the next generation of Calvinists.

Read it for the details. Read it to discover the influences among young folks. Read it it to hear stories of how individuals have been transformed by the doctrines of grace. Read it for the descriptive perception of the author. If you watch for new and excellent books, this one by Collin Hansen is a must-read coming your way in 2008. Due out April 30th from Crossway. 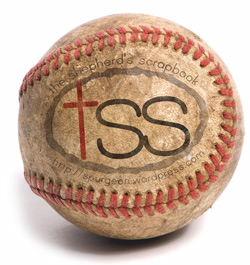 “We must understand that Christianity is not a mood. It is not an emotion. It is not a feeling. It is not an amorphous set of beliefs. It is established by the truth of God’s Word, by the saving reality of God’s deeds in Jesus Christ, around certain definite doctrines without which it is not possible to exercise the kind of faith that saves.”

“Martin Luther described the doctrine of justification by faith as articulus stantis vel cadentis ecclesiae — the article of faith that decides whether the church is standing or falling. By this he meant that when this doctrine is understood, believed, and preached, as it was in New Testament times, the church stands in the grace of God and is alive; but where it is neglected, overlaid, or denied, as it was in medieval Catholicism, the church falls from grace and its life drains away, leaving it in a state of darkness and death. The reason why the Reformation happened, and Protestant churches came into being, was that Luther and his fellow Reformers believed that Papal Rome had apostatized from the gospel so completely in this respect that no faithful Christian could with a good conscience continue within her ranks.

… the doctrine of justification by faith is like Atlas: it bears a world on its shoulders, the entire evangelical knowledge of saving grace. The doctrines of election, of effectual calling, regeneration, and repentance, of adoption, of prayer, of the church, the ministry, and the sacraments, have all to be interpreted and understood in the light of justification by faith. Thus, the Bible teaches that God elected men in eternity in order that in due time they might be justified through faith in Christ. He renews their hearts under the Word, and draws them to Christ by effectual calling, in order that he might justify them upon their believing. Their adoption as God’s sons is consequent on their justification; indeed, it is no more than the positive aspect of God’s justifying sentence. Their practice of prayer, of daily repentance, and of good works — their whole life of faith — springs from the knowledge of God’s justifying grace. The church is to be thought of as the congregation of the faithful, the fellowship of justified sinners, and the preaching of the Word and ministry of the sacraments are to be understood as means of grace only in the sense that they are means through which God works the birth and growth of justifying faith. A right view of these things is not possible without a right understanding of justification; so that when justification falls, all true knowledge of the grace of God in human life falls with it, and then, as Luther said, the church itself falls.

How has it happened, then, we ask, that so vital a doctrine has come to be neglected in the way that it is today?

The answer is not far to seek. Just as Atlas, with his mighty load to carry, could not hover in mid-air, but needed firm ground to stand on, so does the doctrine of justification by faith. It rests on certain basic presuppositions, and cannot continue without them. Just as the church cannot stand without the gospel of justification, so that gospel cannot stand where its presuppositions are not granted. They are three: the divine authority of Holy Scripture, the divine wrath against human sin, and the substitutionary satisfaction of Christ. The church that loses its grip on these truths, loses its grip on the doctrine of justification, and to that extent on the gospel itself. And this is what has largely happened in Protestantism today.”

– J.I. Packer, from an introduction essay in the reprint of James Buchanan’s classic, The Doctrine of Justification (Banner of Truth: 1961 ed.). You can download a PDF version of Buchanan’s complete work (with Packer intro) here. Packer’s essay also appeared more recently in the Collected Shorter Writings of J.I. Packer (Paternoster: 1998), 1:137ff.

… The quote you are about to enjoy is extremely hot!

Propitiation? What’s that all about? … This blend was hand picked from the mountain peaks of the 2006 Desiring God National Conference: The Supremacy of Christ and the Church in a Postmodern World.